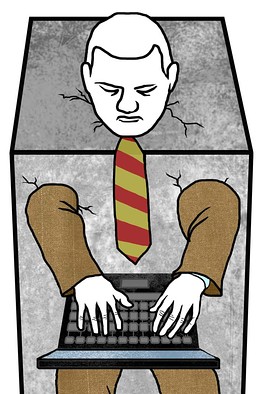 WALL STREET JOURNAL – After working for more than six years as manager of digital licensing for Warner Music Group in Burbank, Calif., Michael Locke, 34, felt like he wanted more. But there wasn’t much latitude for change within his job and department.

So Mr. Locke formulated a unique way to expand his role. He offered to represent unsigned and independent-label bands through Warner and promote them as a cheaper music licensing option for film, television and commercial deals.

His boss allowed Mr. Locke to work on the venture alongside his regular job and the new business grew quickly. A year later in 2007, he submitted a written plan to create a new division called Rhino Independent and was made director. He left Warner Music Group to start his own business three years later.

Everyone can relate to hitting a wall at work. Whether it’s feeling unchallenged or underappreciated, most of the reasons people get stuck in their role can be resolved with planning. But you must understand the nature of the problem and determine whether it’s a workplace issue, such as being topped out in the company, or a psychological impasse.

Shelly Curt, 41, got stuck while managing a casino restaurant in Reno, Nev. The trained sommelier was very good at her job so she was kept in a role that she felt underutilized her talents. So Ms. Curt volunteered for extra projects that went beyond her job description, including choosing wine and dessert pairings at events. Her managers were impressed by her knowledge and created a new job for her that involves developing the menu for seven restaurants and working at special events.

Start to formalize your personal-discovery process by writing an action plan that details how you are going to make a change. The idea is to acknowledge your problems, including those that may have become too painful to address like losing confidence in your abilities, says Timothy Butler, senior fellow at the Harvard Business School in Cambridge, Mass., and author of “Getting Unstuck: How Dead Ends Become New Paths.”

Also have a discussion with your boss and let him or her know that you are ready for more challenges. Be ready to answer some tough questions about why you’ve been stuck. “You’re going to have to change people’s opinions about you, which isn’t an easy thing to do if you have a bad or blah reputation,” says Stephen Xavier, CEO of Cornerstone Executive Development Group, an executive coaching firm in Chapel Hill, N.C. “It may require time and persistence so stick with it. Make it a long-term plan if you have to.”

Employees that get pigeonholed may find it difficult to move out of specific roles, which is why it helps to have a prepared transition plan — with replacement suggestions — when proposing job changes to management. 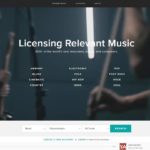 The Key to Making a Mobile Site Customers Want 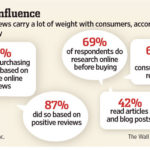