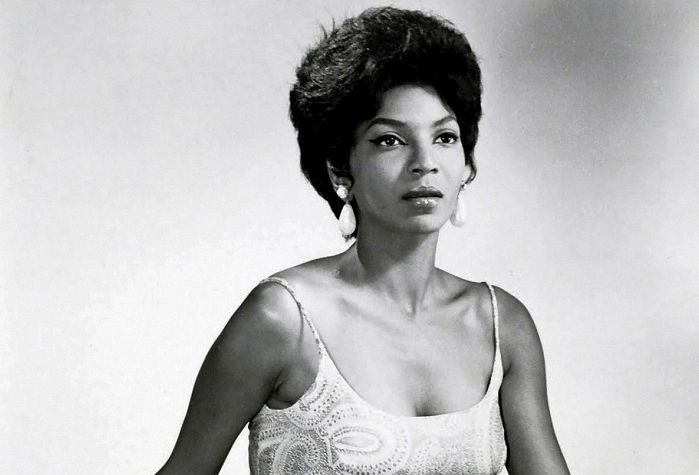 WALL STREET JOURNAL – Best known for playing Lieutenant Uhura, the communications officer on the original 60’s ‘Star Trek’ television series, Nichelle Nichols is one of the first African-American women to be cast in a role other than stereotyped black maid or nanny. She also performed the first inter-racial kiss on national television, which is one of many behind the scene stories told in the upcoming “Pioneers of Television.” The four-part PBS series pays homage to the first generation of genre television shows and the actors who helped break new ground. Speakeasy spoke with Nichelle Nichols, now 78, about her career and how Martin Luther King Jr. changed her life.

Speakeasy: You actually worked with Gene Roddenberry before Star Trek. How did the two of you meet?

Nichelle Nichols: I was taking an acting class with Frank Silvera [actor/director and civil rights activist] and there was a gentleman there who worked with Gene Roddenberry on “The Lieutenant.” He went back and told Gene that I found your couple. That became my first guest star billing on a national television series.”

Speakeasy: How did that lead to Star Trek?

Three years later, Gene told my television agent to find Nichelle. I was traveling for theater, and he told me to bring my little brown butt home. He said I could go back to Europe if things didn’t work out. I came back, got the role and never left.

What did you think of doing sci-fi? Seems much different than theater.

I was thrilled by the opportunity, but I didn’t know what the role was until I walked into the room for the interview. They handed me a script and told me to read the part of Spock.

Had you ever seen the show?

No, I asked them what Spock was like, her composure, demeanor. They stopped and looked at me as if I had grown two heads. When I finished reading, Bob Justman [producer] said to call down and see if Nimoy has signed his contract yet.

I understand that the Uhura character didn’t even exist before you were hired.

I walked in to the interview with this magnificent treatise on Africa by [Robert] Ruark called Uhuru, which is Swahili for Freedom. Gene said he really liked the name of that book and wanted to use the title as a first name. I said, why don’t you do an alliteration of the name Uhuru and soften the N and make it Uhura? He said you are Uhura and that belongs to you.

How much input did you have in creating Uhura?

I created my background, where she came from, my parents. They were ambassadors and one was a scientist, so I had this to live up to as well as the expectations of Spock. I made him Uhura’s mentor.

It sounds like you put a lot of thought into the part. Why did you want to quit after the first season?

After the first year, Grace Lee Whitney was let go so it became Bill and Leonard. The rest of us became supporting characters. I decided to leave the show after the first season.

What convinced you to stay on?

I was at a fundraiser and the promoter of the event said there’s somebody that wants to meet you. He is your biggest fan. I stood up and turned to see the beatific face of Dr. Martin Luther King walking towards me with a sparkle in his eye. He took my hand and thanked me for meeting him. He then said I am your greatest fan. All I remember is my mouth opening and shutting.

I thanked him so much and told him how I’d miss it all. He asked what I was talking about, and told me that I can’t leave the show. We talked a long time about what it all meant and what images on television tell us about ourselves.

Did you know then how much of a role model you’d become?

Oh, god, no. I thought of it as a stepping stone to Broadway. I went back to Gene and told him what had happened, and that I was staying. He smiled up at me and said, thank god for Dr. Martin Luther King.

Did the experience change how you played Uhura?

Nichols: It’s one of the most important things that happened in my life and it changed and defined my career. I took my role much more seriously after that.

Would you say that there’s some vestige of Martin Luther King Jr. in ‘Star Trek’?

I know there is. Subsequently, Gene and I would speak about it, and he invoked Martin Luther King after getting his star on the walk of fame. What happened with Dr. King instilled a very strong bond between Gene and I.

On the opposite end of the spectrum, you broke ranks again in the blaxploitation film “Truck Turner” [1974], adding a bit more fiery dimension to the stereotyped madam role. How much of that was your doing?

They wanted me to play the girlfriend. All you saw in blaxploitation films was the Aunt Jemima, flirty girl or the hooker. I said I’ll play the madam and she’ll be so fantastic. The producers told me the madam was supposed to be this 350-pound black woman. I said no, that’s just what’s on the paper. What if she was tough, no-nonsense and mean because of the life she’d lived but elegant as well?

Dorinda actually steals a lot of scenes, which isn’t an easy thing to do with a co-star as imposing as Isaac Hayes. Where did you get your inspiration for the character?

I grew up on the south side of Chicago and back then we [African Americans] were forced to all live in one area. I saw prostitutes, drug dealers and businessmen all living together. My sisters brought home a madam once for dinner. They didn’t know what she did but we did. She later thanked us for treating her decently.

Dorinda and Uhura are different characters, different people. But they’re also both strong, empowered black women. Do you think the two would get along if they met?

I don’t think they would like each other since they were on opposites sides of the law. They would understand each other. Maybe even respect each other from a distance.

This story was written for the WSJ How I Got Here column. You can read the full article here: https://www.wsj.com/articles/BL-SEB-59822 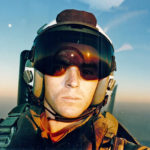 From Top Gun to Tech Guru 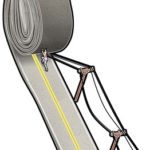 A Commute Too Far