DAME MAGAZINE – The tech world’s Super Bowl Sunday just happened. Offering 421 million shares at $38 a pop, Facebook closed the day at $38.23, raising at least $16 billion in its first IPO. So the company is valued at a staggering $104 billion. And with such a hyped IPO it could easily have been much more – the price flirted with $42 at one point.

The staff started celebrating the day before at 7pm – after announcing the sale price – with their traditional hackathon, their 31st, and there’s plenty to celebrate, with an estimated 1,000 employees who stand to become paper millionaires overnight.

Of course, this includes a number of women from Facebook’s past and present who, according to David Kirkpatrick, author of The Facebook Effect, may have just earned enough to live on for the rest of their lives.

Incidentally, to get a sense of how much fluctuation hype can have, Sheryl Sandberg’s equity stake was estimated to range from $1.5 billion (at the opening price of $38) to $2.6 billion (at a closing price of $64 as estimated by Financial Times markets editor Chris Adams). After day one, trading has been flat and is currently pegged at $1.6 billion – enough to buy a fleet of 7 new Boeing 787 Dreamliner jumbo jets.

timated to range from $1.5 billion (at the opening price of $38) to $2.6 billion (at a closing price of $64 as estimated by Financial Times markets editor Chris Adams). After day one, trading has been flat and is currently pegged at $1.6 billion – enough to buy a fleet of 7 new Boeing 787 Dreamliner jumbo jets.

WE URGENTLY NEED YOUR HELP TO KEEP PUBLISHING!

Every contribution we get from readers like you allows us to keep reporting and keeps our content free and accessible for everyone. Our reporting digs deep into the important policies, issues, and cultural trends that matter most in these unprecedented times. Join now to help fund this important work.Support Our Work

Below are five people you probably want on your Friends list:

One of the most powerful women in Silicon Valley met her current boss at a Christmas party. Sandberg was plucked from Google by Mark Zuckerberg in March 2008 and the partnership has been transcendent. The 42-year-old chief operating officer – who was also the Chief of Staff for the Treasury Department under President Clinton, a World Bank economist and McKinsey management consultant – is responsible for Facebook’s advertising platform that helped to drive the company into profitability. Even more amazing is that she performs her duties – even when at Google – within a trend-bucking 8 to 5:30 workday that allows her to be home for dinner with her husband and two children by 6 pm.

According to Facebook’s S-1 filing with the Securities and Exchange Commission (SEC), Sandberg earns more than Zuckerberg with a salary of $381,966 plus bonuses, which were more than $30 million in 2011. She also owns over  39,321,041 million in options and nontransferable restricted stock units (RSU) and an additional 1,899,986 shares of Facebook common stock that has likely pushed Sandberg past Bono to two billion, estimates Inc. Magazine, when she fully vests. And that doesn’t even include the fortune that she’d already made at Google.

Mark’s big sister wouldn’t be raking it right now if she’d stuck with her first instinct. A recent story in the New York Times revealed that Randi Jayne Zuckerberg, Facebook’s former director of market development, attempted to trade her equity for a bigger salary. Her sage brother convinced her to keep the stock package, which Kirkpatrick says should be comparable to any other non-familial employee at her level (apparently family members, especially Randi, were given no special treatment).

Still, the 30-year-old did fairly well overall according to the SEC filing, with a base salary of $128,750, a bonus of $139,578 and compensation of $89,536. Ms. Zuckerberg is noted for singing at work and “Facebook Live,” the network’s streaming channel that she created and hosted. She was even nominated for an Emmy award for her Facebook Live coverage of the 2010 mid-term elections. Last year, however, she resigned to start R to Z Studios, Inc, her own social media company that plans to help companies turn their live events social.

The daughter of Washington Post CEO Donald Graham, a personal friend of Zuckerberg and a Facebook board member, Molly Graham joined Facebook on June 2008 and currently works in mobile programs. She earned her stripes as a human resources (HR) spook at Facebook. According to her LinkedIn profile, she designed and implemented a number of employee initiatives. Word is that her HR philosophy – as you would expect – is very progressive, emphasizing collaborative work environments and interpersonal relationships with coworkers. She also believes in mashing up work and life in a revealing way that illuminates the dedication asked of all Facebook employees who will routinely embark on globally streamed, all-night “hackathons,” where the work is the party.  There’s no scuttle on whether the events are catered but how else do you inspire an office full of millionaires?

The Wesleyan graduate previously came from Google where she was a senior associate for global communications and public affairs before becoming manager of culture and employment branding at Facebook. SEC filings state that Graham was paid a base salary of $98,058, a bonus of $133,620 and compensation of $189,168. She also holds one million restricted stock units that amounts to about $38  million.

Sanghvi contributed significantly to the development of Facebook, says Kirkpatrick. Engineers in general were the highest paid employees, and Sanghvi was one of the first ten engineers hired at Facebook and the first female engineer. It wasn’t an easy transition since “it was difficult to break into the boys’ club,” Sanghvi told Huffington Post tech editor Bianca Bosker. She’d also experienced the same challenges in the Electrical Computer Engineering Department at Carnegie-Mellon. She was one of five female students out of an engineering class of 150. Sanghvi started at Facebook in 2005 and launched Facebook’s News Feed as well as the new homepage. She eventually become a product manager before leaving Facebook in 2010 to start Cove, her own company, which was later acquired by Dropbox, a cloud storage startup in San Francisco. She’s now Dropbox’s VP of operations.

Gleit is a Facebook OG (original gangster). One of the first twenty employees, she continues her role as product manager for growth and internationalization. The Stanford grad from Brooklyn actually began her career in the nonprofit realm before moving to Facebook in 2005 where she was tasked with making sure that “literally everyone in the world is on the site,” she told Newsweek in a 2009 story about Facebook’s year five. Gleit and her team accomplished critical mass by making Facebook easier to join by eliminating obstacles like instant e-mail verification and suggesting people to add as friends. Gleit still resides on some nonprofit boards including FORGE, an organization that works with displaced communities in Africa. She has most certainly been well compensated for her loyalty, says Kirkpatrick who believes that Gleit will stay at Facebook after the IPO. “She’s always been devoted to vision of Facebook and she’s very good at what she does.” 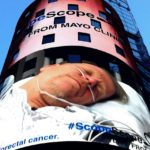 How to Grab Customers With Real-Time Streaming Video 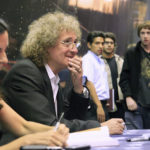 Brian May Day at the Los Angeles Griffith Observatory